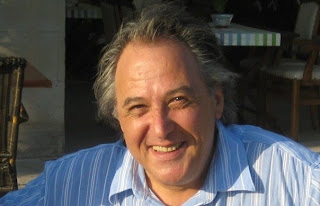 Babür Tongur is from Istanbul Mimar Sinan Fine Arts University State Conservatory. He composed for solo instruments, chamber music groups, orchestra, ballet, opera and theater. His compositions are played in Turkey, Europe and North America, and took place on several CDs. He worked as conductor, music director and instructor between 1979-2007. Between 2007-2009, he lived and composed in Bodrum (Halicarnassus) - Turkey. Since 2009, he lives and composes in Canada.

Babür Tongur's composition master was Ahmed Adnan Saygun who was from Schola Cantorum Paris, and his lineage includes Vincent d'Indy and Cesar Franck. Babur Tongur grounded his compositional language on the concept of gravity and seriality, modality and subjectivity. He organizes his musical storytelling in time and space through metamorphosis and contrasts on the stage. He brings together the rhythmic and serial characteristics of differing times and places in his works. Especially, the Mediterranean and Anatolian cultures and their musical characteristics have an important place in his thinking. He also writes his own lyrics and librettos.
***
Babür Tongur won the ‘Istanbul State Conservatory Composition Prize’ in 1985 with his Viola-Piano Sonata, and in 1987 ‘Dilligil Stage Music Prize’ with his Macbeth, and in 1988, won the ‘ENKA Composition Prize’ with his ‘Grand-grandmother and the Crow’.
***

Between 1978 and 2008 he worked as conductor, music director and composer in Istanbul State Theater, Ankara State Theater and Kenter Theater for various plays. He co-founded Istanbul Theater Orchestra in 1978. He conducted the Mimar Sinan Fine Arts University Orchestra as well as teaching various courses in the university from 1979 to 2007.
***
Babür Tongur compiled music during field researches in rural areas of Turkey as well as demographic researches. His papers were accepted in various national and international conferences and symposiums on composition, musicology, and education of music.
***
Babur Tongur had a distinctive teaching career in music. In 1979, he started to teach part time in Istanbul State Conservatory and Marmara University. From 1983 to 2007, he taught full time at Mimar Sinan Fine Arts University State Conservatory in Orchestral Conducting and Composition Division. In this institution he taught solfeggio, harmony, counterpoint, partimenti (figured harmony), modal music, composition, musical analysis, advance music history,  rhythmic, score reading, score playing. He also worked for Bilkent University and ENKA Schools. During his educational career he worked as a syllabus programmer and wrote, updated and improved the syllabuses for several universities and colleges; these syllabuses included topics such as solfeggio, music theory, harmony, counterpoint, partimenti (figured harmony), modal music, composition, musical analysis, rhythmic, score reading, score playing and programs for music teachers. He founded, programmed divisions such as Music Theory, Rhythmic, Correpetition and Conducting. Babur Tongur co-founded TongurMusic-Publishing, Organisation-Education- in Calgary in 2014.